Frosties NFT Rug Pull is the First Big Scam of 2022: What Happened and How to Spot this Trap? – Tech Times

Rug pulls are almost everywhere, and opportunists take their time to attack investors off-guard amid the popularity of blockchain.

The rise of cryptocurrencies and non-fungible tokens has paved the way for people to have another outlet for income at the cost of high risk.

Over the past year, the case of rug pulls has been increasing in numbers. Despite many warnings about these cases, many users are still unaware of its signs.

In this article, we will discuss the first NFT rug pull that took place in 2022. Also, we will know later how you can avoid falling on this scam, so here we are.

What is Rug Pull? 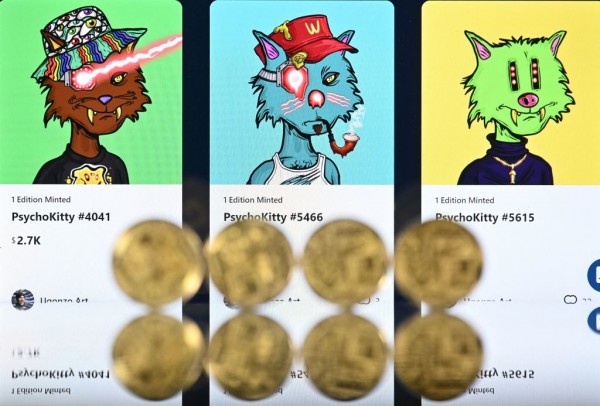 According to Coinmarketcap, a rug pull is a common maneuver that developers do if they want to run away with high profit. Usually, the incidents take place in the crypto and NFT industries.

When a P2E (play-to-earn) game creator abandons a high-earning game without any notice, that is considered a rug pull. When this happens, the investor will be left with no funds to retrieve.

Normally, these developers target Defi (decentralized finance) investors. If you observe that a new token is created and immediately listed on a particular exchange, do not jump quickly to invest in it. Some experts say, DYOR first before putting your money into the token.

In 2021 alone, Financial Post reported that rug-pull scams stole $2.8 billion worth of crypto assets which accounted for 36% of total tokens from victims all around the world.

Regarding the biggest rug pulls, the worst one to happen involves Turkey-based exchange Thodex.

At that time, the site founder quickly withdrew all of the funds from millions of users, amounting to $2.6 billion. This is also where the $58 million Anubis DAO was stolen.

Last year, the most controversial rug pull was connected to the popular Netflix series “Squid Game.” A SQUID coin reportedly appeared and hit an all-time high price of $2,861 in November.

However, the profit for the investors was rather short-lived after the developers took away a fund worth $3.38 million.

Related Article: Rug Pull NFT Games | How to Avoid Being Scammed and Go for Legitimate Games Like ‘Axie Infinity,’ ‘Splinterlands,’ and More

On Tuesday, Jan. 11, NFT-based project Frosties suffered from a rug-pull attack after seeing that its 8,888 NFTs suddenly plunged to nearly zero in value, Livemint reported. The team has already raked $1.3 million, but that did not end there.

What turned out to be an earning has instead transformed into huge losses for investors when Frosties creators found out something wrong earlier this week.

Of course, the users were quick to react that the Twitter and Discord account and even Frosties’ website had disappeared instantly. They found out that the unknown intruder had withdrawn $1.1 million (ETH) and $4,000 worth of Ether tokens for the past two days.

Smart investors often put their money into popular NFT projects that are trusted by the public. For instance, many buy digital arts from Cryptopunks and Bored Ape Yacht Club because these communities are already known for their legit creations.

However, whether it is a reputable or a newcomer project, every user should know the clear signs of this scam. Here’s what you need to check before investing in an NFT project, according to Forkast.

For anti-rug pull apps, take a look at these four tools:

On top of these scams, the fake NFT wallets are also everywhere, like in the case of “Axie Infinity” that’s why devs warned users about their presence, per Tech Times.

To safeguard artists’ NFTs, Adobe launched “content credentials” on its Photoshop app. This would prevent copyright strikes from occurring, which later become a way for some people to steal someone’s work.

This article is owned by Tech Times

ⓒ 2021 TECHTIMES.com All rights reserved. Do not reproduce without permission.